Sally O’Neil
was an Irish American police officer who fought crime throughout New York City. She came from a family of police officers. At the time, female police officers were virtually unheard of, but that didn’t deter Sally, and her family supported her every step of the way. She graduated from police academy with distinction, earning high scores in sharpshooting and jiu-jitsu. Those skills served her fairly well on the field, as did her athleticism and perseverance. 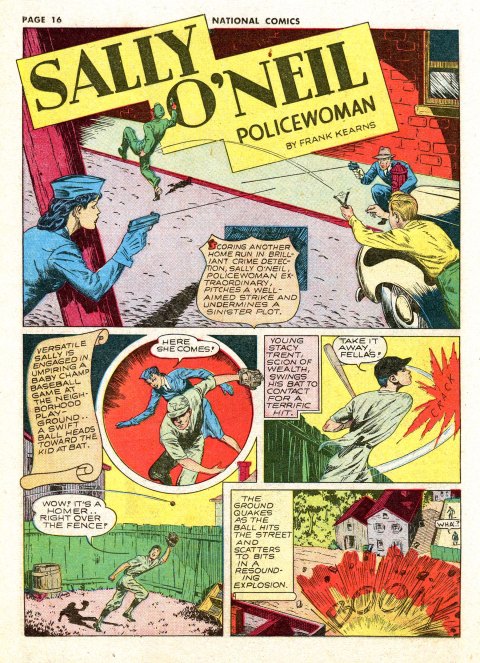 The greatest WordPress.com site in all the land!

The King of Comedy

I just want to say one word to you. Just one word. Plastics.

The Art Diary of Dawn Henning, a Brooklyn Artist...

An IT Architecture Perspective...

This is a blog about nothing, but finds a way to cover everything.

Litter from the noggin with a little love in between.

Wish I Were Here

Journeys Through Place and Time

The works and artistic visions of Ken Knieling.

News and opinions regarding comics, publishing, and other stuff from Ink and Feathers Comics

This WordPress.com site is the cat’s pajamas

What Happens to Us

Open a vein, see what flows

Bored with a record shop.

Ever wondered what goes on when the proprietor of secondhand record shop at the butt end of the world chucks in the towel and goes back to having a life??

A Blog of the Ridiculous and Sublime, by Mark Sackler

Writing about the human condition and learning to laugh about it

In Trash We Trust

The Diary of a Retiree

A bucket list blog: exploring happiness, growth, and the world.

do what you love.

Twice as much in half the space

Because my life is consistently too inconsistent for "regular" sized things

All my banned posts are here!

About Clear Blue Water (my comic strip) and me and mine

Life as it was reported back then

Celebrating Nature and Magic for Kids of all Ages

Media Production and Marketing from the heart of Cardiff

All My Own Work!

A history of pavement art!

From Zero to Comic-Book Hero in One Year (Hopefully)

Mike Culpepper's blog about stuff that interests him.